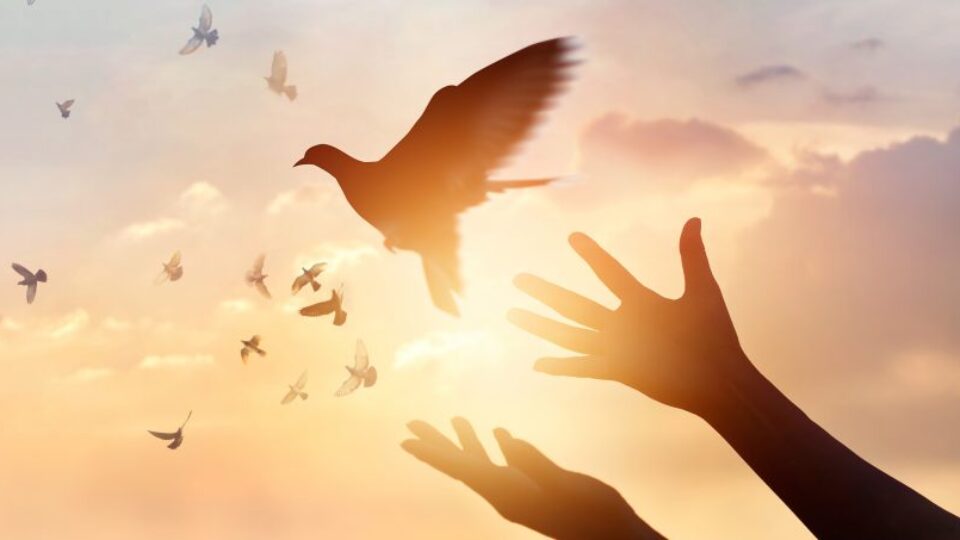 Let’s talk about one of the most important keys to your happiness. It is a subject people talk about, but few understand or practice. Let’s talk about forgiving others who have hurt you. There’s probably not a person in the world who does not need to forgive someone. Additionally, there is probably not one person who would ever say that forgiveness is easy. Forgiving others goes against our own common sense. There’s an old saying: Don’t get mad, get even.Yet forgiveness says, Don’t get mad, forgive.

To add to the challenge of forgiving, is the fact that most people do not understand what real forgiveness is and how to do it. Forgiveness is giving up your rights to get even.

If you want to be happy, you must learn the art of forgiving.Every meaningful relationship you have will require some level of forgiveness at one point or another.

What is forgiveness?
According to the American Psychological Association: Forgiveness is the mental and/or spiritual process of ceasing to feel resentment, indignation or anger against another person for a perceived offense, difference or mistake, or ceasing to demand punishment or restitution.

Defining forgiveness, I love what author Lewis B. Smedes said about forgiveness:

“To forgive is to set a prisoner free and discover that the prisoner was you.”

There is no way to get away from our past and its effects on us. We can learn from it, but we can’t escape from it. We may forget it, but we can’t erase it. The only thing that can release us from the insane grip of a painful past is forgiveness. In fact, not to forgive is like drinking rat poison and expecting the rat to die. Forgiveness sets others free, but mostly, frees us.

FORGIVENESS IS:
Giving up your rights to get even. Choosing to stop feeling anger and resentment. Forgiveness is a choice to let go of bitterness while also letting out the hurt in a positive way. When we are hurt by someone, some awful feelings can come over us at a moments notice.Out of the blue sky we feel deep resentment, hurt, anger, and even bitterness and rage toward the other person. Forgiveness says, I refuse to babysit those horrible emotions. I understand they are toxic and can only hurt me. So I will not sit and sulk. I will pray out, talk out, write out, and cry out these emotions until they no longer control me.

Letting all judgments toward the person who has hurt you be handled by God. No one gets away with violating and deeply hurting others without some kind of consequence. But it’s not up to you to determine what that consequence should be. This much we do know: whoever has hurt you, has paid, is paying, and will pay, for their crime against you. Forgiveness is choosing to stop feeling anger and resentment to the person who hurt you, but letting out your hurt in a positive way. Getting to the place where you can say, “I wish for you a blessing.”

It is normal and right to feel anger toward someone who has hurt you. But hanging onto the hurt, and choosing not to forgive the other person is only setting yourself up for a life of pain and difficulty.

You have a choice. Please do not give up in your journey to forgive those who have hurt you. The consequences of not forgiving far outweigh the work it takes to give up your rights to get even.