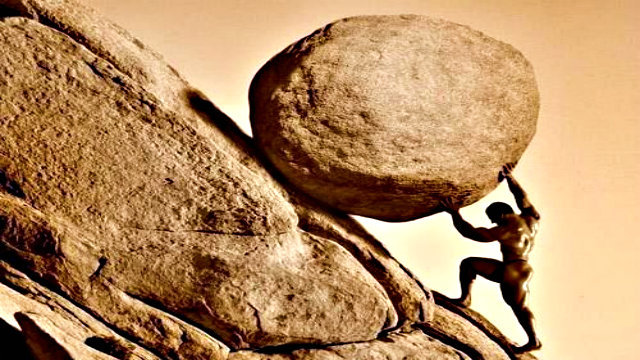 As Professor Angela Duckworth’s new book Grit:  If grit out predicts IQ as the research suggests, should children be graded on it? Is grit simply a new term of already well-established psychological concepts like conscientiousness? Have the findings on grit been overstated? to read the full article go to The Huffington Post Blog

Clearly the idea that grit is one of the keys to success has grabbed our curiosity. After all as Angela herself writes in the book after asking three hundred American adults to tell her how they felt about their grit scores: “In the entire sample, there wasn’t a single person, who upon reflection, aspired to be less gritty.”

In a nutshell throughout the book Angela explains:

Talent and IQ matter, but without effort they are simply the promise of what’s possible and not the guarantee.

Grit doesn’t just mean working really hard at something, it’s also about working on something that you love and staying in love with it because it feels so meaningful.

Her research suggests you can grow grit by cultivating the psychological assets of interest, practice, purpose and hope and by surrounding yourself with the right people to encourage your grit.

She doesn’t believe grit is everything and that there are many other important things a person needs in order to grow and flourish.

She also acknowledges that there is much her research is still learning.

You see Angela suggests that when people drop out of things, they tend to do so because: they’re bored, they don’t think the effort is worth it, it’s not important enough to them or they don’t think they can do it, so they might as well give up. But she’s found that paragons of grit have four things in common and they counter each of these excuses:

Interest – While “follow your passion” is a popular theme of advice most of us have no idea where to start. If you’re struggling to find what really interests you Angela suggests asking a few questions: What do I like to think about? Where does my mind wander? What do I really care about? What matters most to me? How do I enjoy spending my time? And, in contrast, what do I ﬁnd absolutely unbearable? Begin with the answers you’re surest of and build from there; don’t be afraid to guess – after all there’s a certain amount of trial and error inherent in the process of discovering your interest. And have patience. Know that for most of people finding your passion is a little bit of discovery, followed by a lot of development, and then a lifetime of deepening.
Practice – Part of perseverance is the constant discipline of trying to do things better. Angela recommends blending moments of deliberate practice that require you to stretch outside your comfort zone and apply all your effort to build the skills you need to master, with moments of flow that perfectly match your strengths to the opportunity and allow for effortless performance. How are you making space for moments of deliberate practice and flow when it comes to accomplishing what matters to you the most?
Purpose – Interest without purpose is nearly impossible to sustain for a lifetime. Angela has found while most people start out with a relatively self-orientated interest, as they learn self-disciplined practice, they start to appreciate how what they’re doing might beneﬁt others. If you already have a well-established interest, how might this make a positive difference for others?
Hope – Can you fall down seven times, and stand up eight? Hope is what allows us to persevere when things get difficult. Angela suggests that by cultivating a growth mindset (a belief that our talent and abilities can be improved with practice), it allows us to talk to ourselves more optimistically (by challenging the reasons for setbacks or failures as neither permanent or pervasive) so we can persevere. When you’re faced with setbacks, disappointments or plateaus in your progress what are the stories you tell yourself?
Angela has also found that while grit can be cultivated within you, the parents, teachers, coaches, leaders, mentors, colleagues and friends around you also improve your levels of grit. It seems that having other gritty people who you can turn to for help and encouragement is critical when it comes to accomplishing what matters to you the most.