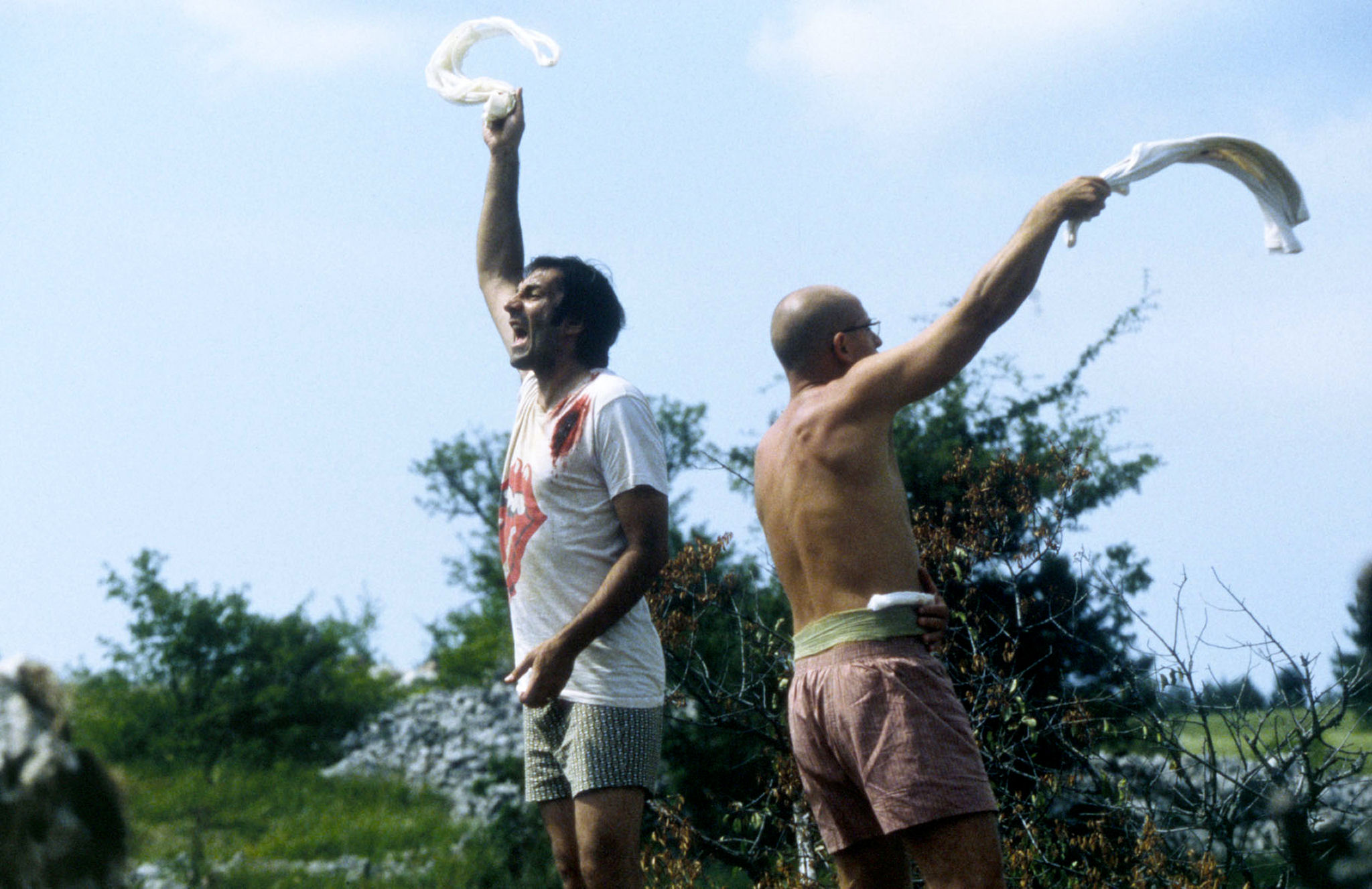 To see if ‘Judgement’ could be one of your Character Strengths watch the multi-award winning – No Man’s Land (2001-Bosnian).

Branko Djuric’s dark satire of the conflict in the Balkans centers on the meeting of two wounded soldiers, one Serbian and one Bosnian, in the midst of a battle. Trapped in no man’s land, the men are forced to confront each other as people and to see past their deeply entrenched ethnic enmity. As more and more characters become involved in the incident, more and more examples of open-mindedness become apparent.

The grim futility of the war between Bosnia and Serbia is reduced to its essence as two enemy soldiers are forced to share a wary trust for one another in this drama. A group of Bosnian soldiers are advancing upon Serbian territory during a misty night when the fog lifts at daybreak, making them plainly visible to their enemy. Serb forces open fire upon them, and soon only Chiki (Brancko Djuric) is still alive, after diving into a trench in no man’s land. Two Serbian soldiers scouting the area set up a land mine using the body of a Bosnian soldier as “bait;” if moved, the mine will jump into the air and explode. Chiki watches as the soldiers set the trap, and furious at the disrespect to his fallen comrades, he kills one of the Serbs, and takes the other, Nino (Rene Bitorajac), hostage. With both soldiers alone and equally armed, they find themselves at a stalemate, and begin trying to attract help from either side. Eventually, the two men are found by a squadron of French soldiers attached to a U.N. peacekeeping unit; now held by supposedly neutral forces, Chiki and Nino are with the French troops when it’s discovered that the dead Bosnian soldier isn’t dead after all, though no one is sure how to disarm the mine without killing him in the process. No Man’s Land was the debut feature from Bosnian writer and director Danis Tanovic.

Reviews on rottentomatoes.com gives this film a 93% rating

The Help (2011) – Story of three extraordinary women in Mississippi during 1960s who establish an unlikely friendship circled around a secret writing project aimed to challenges social mores and to open the eyes of the world. The movie display a number of other strengths such as courage, hope, kindness and persistence.

Water (2006, India) – This Deepa Mehta film challenges the notion of widow being forced to live in a impoverished condition in a temple in the holy city of Varansi. It is excellent depiction of struggle to open eyes of a society to break social restriction and outcast status given to widows.

The Matrix (1999) – This protagonist of this movie, a computer hacker learns how he is trapped by artificial intelligence. He display open-mindedness by questioning this illusion and exploring meaning of reality. The movie has two sequels.