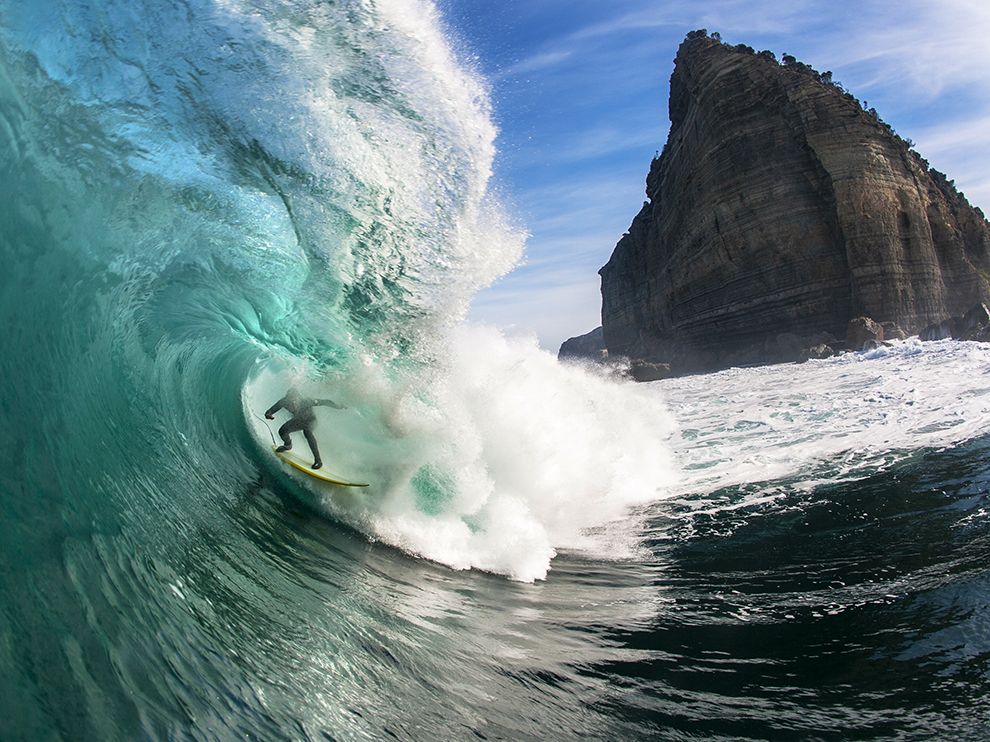 If you can’t do the Sport you are Passionate about why not Photograph it?!

First thank you National Geographic for your Extreme Photo’s of the Week – truly inspiring. Makes me want to get up from my desk and jump off something!

To get this photograph of surfer Brook Phillip catching a wave off Tasmania, photographer Luke Shadbolt hiked for two hours through beautiful scenery to get to Shipstern Bluff on the island state’s southeastern coast.

According to Shadbolt, the surfing here can be a rough ride, as the waves off the coast are “renowned as [some] of the most intimidating and remote waves in Australia … about as far from civilization as you can get.”

This trip marked Shadbolt’s first time at Shipstern Bluff, and a group of locals took pleasure in telling him “all sorts of horror stories about sharks and killer whales and huge unruly swells” while they hiked in.

“It wasn’t quite as scary as they made it out,” Shadbolt says, “but it was definitely an adventure.”

Not wanting to miss any of the action, Shadbolt spent about eight hours in the water to get this shot. His use of a fish-eye lens required him to be as close to the wave as possible, which also gives the image its wide, slightly distorted look.

Shadbolt had no idea who the surfer in the photograph was until he posted it later on his Instagram feed, discovering Phillip’s name from a few Tasmanian locals.