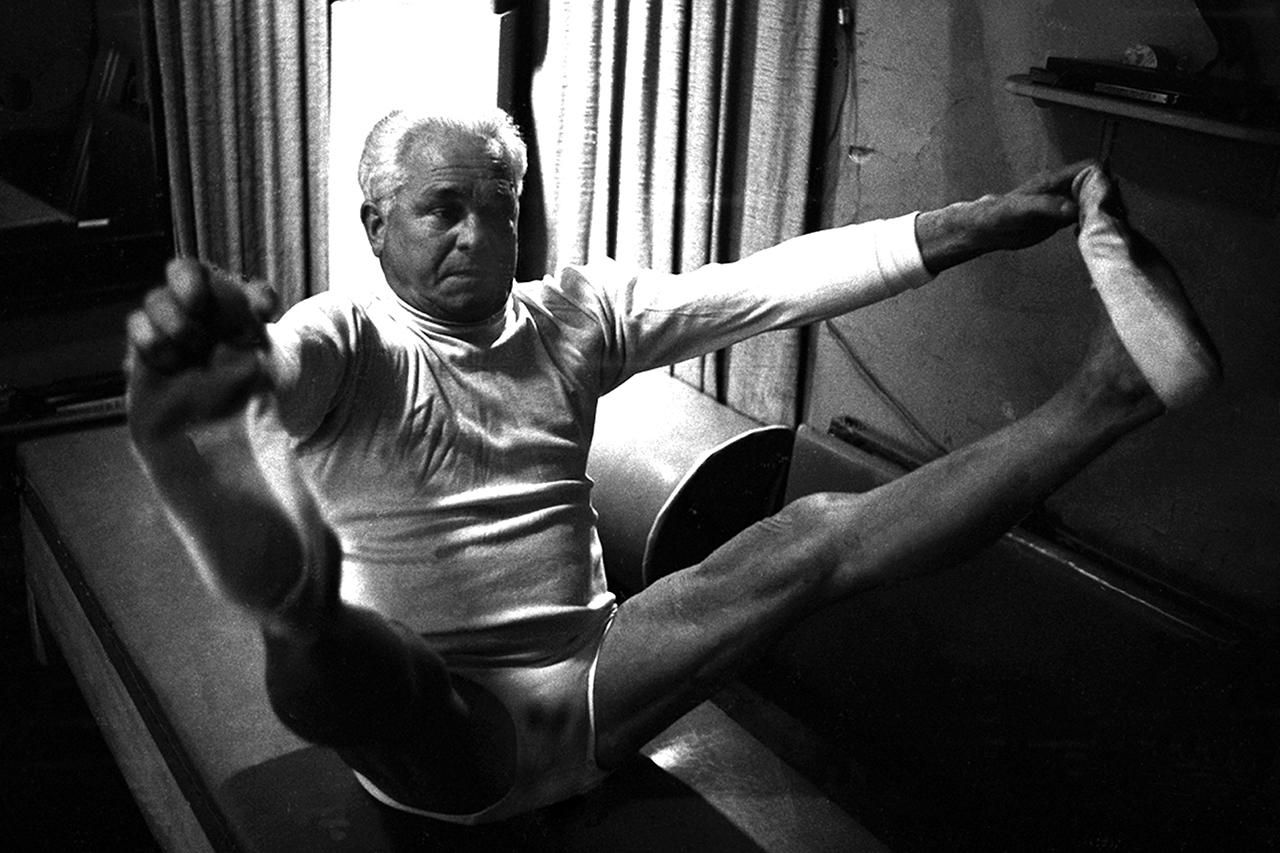 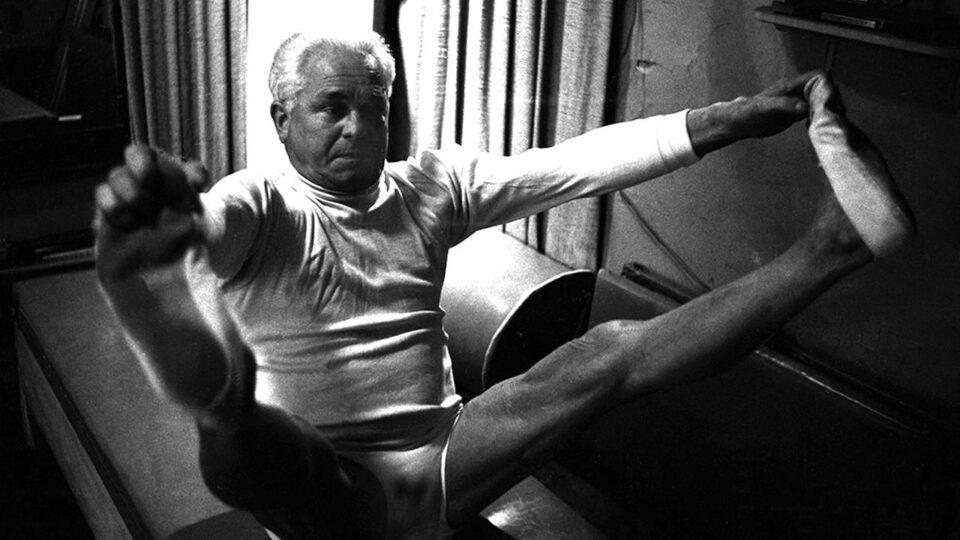 The Pilates Method teaches you to be in control of your body and not at its mercy.

Everyone is the architect of their own happiness – Joseph Pilates

From a young sickly boy who was bullied in the 1880’s, to influencing a multi-million pound industry today, Joseph Pilates has revolutionised the perception of health and fitness.

To this day, millions of people follow his practice and credit it to transforming their own health, fitness and lifestyle. In fact, the number of Americans who practice it regularly has exploded by over sixfold from 1991 to 2005 (from 1.7 million to 11 million).

Have you ever wondered who is Joseph Pilates and what is the history of the Pilates exercise? Did you know that he was a circus performer? Or that we was bullied and ridiculed by bigger bullies as a child? Did you know he that was an accomplished boxer, skier, gymnast and even at yoga? Or that he attached bed springs to the headboards and foot boards of the iron bed frames to create resistance exercisers for the bedridden?

Read on to learn more about Joseph Pilates’ fascinating life, and how Pilates became the popular phenomenon that it is today.

Joseph Pilates In His Early Years
Joseph Hubertus Pilates was born on December 9, 1883 in Mönchengladbach, Germany to a prize-winning Greek gymnast father and German naturopath mother who helped her husband with running the family gym. This combination of Joseph’s mother’s healing philosophy and father’s physical achievements has played a great part in his later ideas on therapeutic exercise.

However, it was his experience as a small, sickly child in Germany that sealed his fate as a pioneer of health through exercise.

Suffering from asthma, rickets and rheumatic fever, young Joseph was teased and bullied by bigger children. He even lost complete sight from his left eye at the age of 5, which was allegedly as a result of a stone wielded by one or more bullies.

While many would have been crushed, Pilates took to the weights. He began to “re-educate” his body through bodybuilding, wrestling, yoga, gymnastics, skiing, boxing and martial arts. His brother, Frederick, also took a strong interest in self-defence.

By 14, he had achieved an almost Adonis-like physique. and was posing as a model for anatomy charts.

By his twenties, Joseph Pilates had studied and drew inspirations from Eastern practices and Zen Buddhism. He also became fascinated by the ancient Greek’s version of the perfect man in the development and balance of body, mind and spirit.

Pilates was convinced that our modern lifestyle was anathema to that balance and to the attainment of physical and mental well being. So, he designed a series of vigorous physical exercises to correct muscular imbalances which would improve posture, co-ordination, balance, strength and flexibility.

These, along with a focus on increasing breathing capacity, would eventually form the cornerstone of his method.

The First Step in Teaching
Joseph Pilates’ first steps into teaching was in pre-war England. His work as a circus performer and professional boxer was interrupted by an invitation from Scotland Yard to teach self-defence to policemen, and then by the outbreak of World War I.

After interning in Lancaster, Pilates remained typically upbeat and taught exercise classes to his fellow prisoners.

He even attached bed springs to the headboards and foot boards of the iron bed frames, turning them into ad-hoc resistance exercisers for the bedridden. Thus was the idea for his iconic spring-based exercise machines.

Even during the great flu epidemic of 1918, not a single prisoner under his care died.

The Birth of “Contrology”
Upon returning to Germany, he further developed and enhanced his reputation as a physical trainer and healer. He briefly worked for the Hamburg Military, where he provided self-defence and physical training.

In 1925, he was asked to train the German army, but instead he packed his bags and moved to the USA. There, he set up a fitness studio in Manhattan with his wife, Clara, whom he had met on the boat on the way to New York.

“Contrology” was the name he gave his methods, reflecting his belief in the importance of the mind’s control over the body.

“It is the mind itself which builds the body. The Pilates Method teaches you to be in control of your body – and not at its mercy.”

Contrology was originally known to mostly dancers from the New York City Ballet who shared the Body Contrology Studio’s Eighth Avenue address. Some well-known early practitioners of Pilates include George Balanchine, a Russian-born ballet choreographer, and Martha Graham who is known for her contributions to modern dance.

But thanks to Joseph Pilates’ self-confidence, and America’s growing interest in physical fitness, Pilates’ teachings began to catch on to the wider market. He taught in New York from 1926 to 1966.