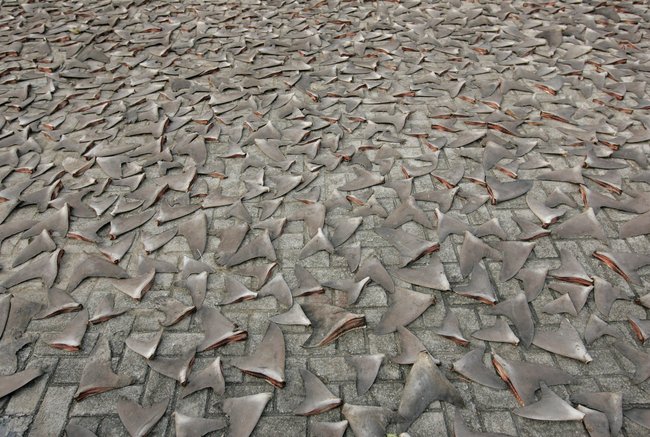 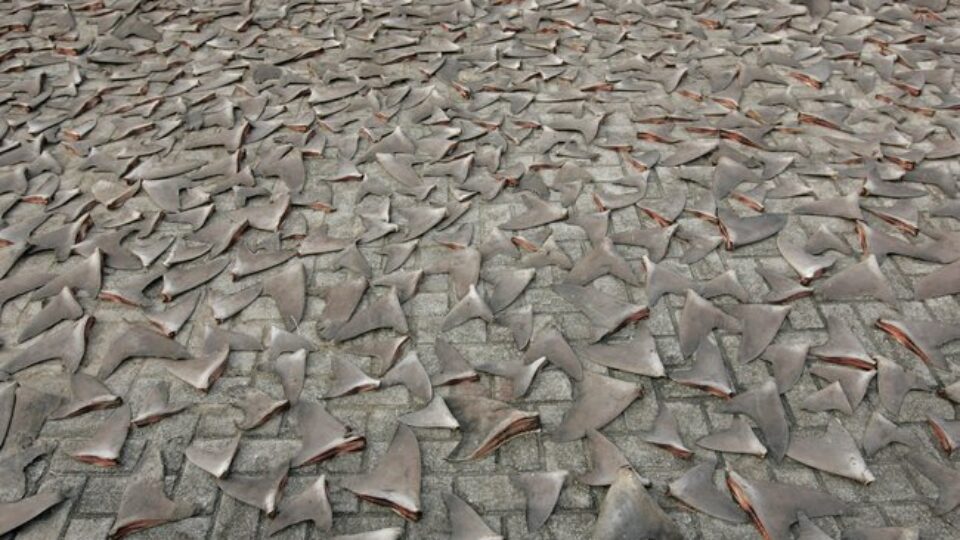 For many, sharks automatically invoke a sense of fear and an image straight out of a scene from “Jaws.”

Sharks may look scary, and sometimes an encounter with them can be fatal. (Note: On average, five out of 70 to 100 attacks result in death). But as humans, we are causing far more harm to them than they ever will to us through the shark fin trade.

This cruel industry is largely unregulated and involves “shark finning,” or the removal of a shark’s fins while it’s fully conscious. Since shark meat is of little value to fishermen, only the fins are removed. Typically, the preyed upon shark is simply discarded back into the sea, either fully or nearly dead.

The trade does not discriminate between shark species, age or size. The use of longlines (a lengthy fishing line attached with baited hooks at intervals to create a branch-like effect) is at the root of the majority of shark losses worldwide.

Once the shark fins are collected, they are dried and used in a Chinese delicacy known as shark fin soup. Thankfully, its popularity is slowly diminishing, and a new anti-shark fin soup campaign has been launched to bring even more awareness to its disgraceful practices.

1. According to Shark Water, shark finning “violates the United Nations Food and Agriculture Organization’s Code of Conduct for Responsible Fisheries,” yet it still continues at an alarming rate today.

2. An estimated 100 million sharks are killed for their fins every year.

3. Shark populations have decreased by 60 to 90 percent in just the last 15 years because of the shark fin trade.

4. Experts estimate that most shark species will disappear because of longlining within 10 years.

5. The shark fin trade is a multi-billion dollar industry, which makes it a steep uphill battle to fight. One pound of dried shark fin can sell for around $300 or more, reports Shark Water.

6. Sharks are not only killed for their fins, but also for their teeth, jaws, liver oil and cartilage. According to Sea Shepherd, these parts are made into leather for shoes and belts, medicines, skin care products and cosmetics.

7. Since shark populations take a considerable amount of time to recover (as sharks themselves mature within seven to 20 years), it is nearly impossible for them to bounce back as quickly as they are removed from oceans, leaving entire ecosystems at great risk.