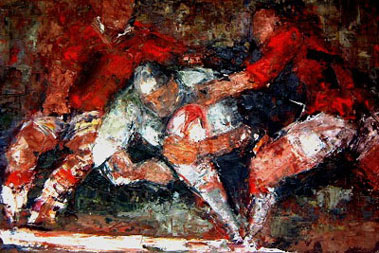 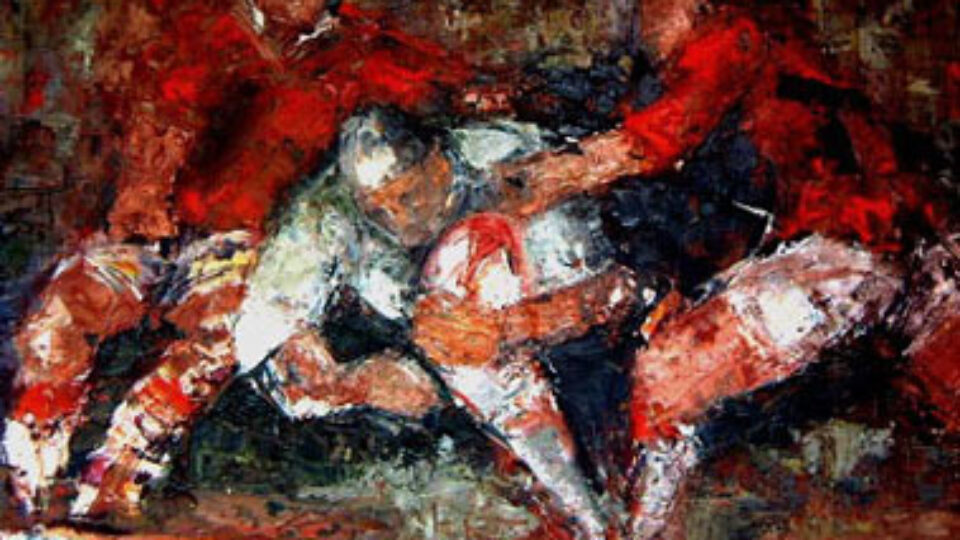 Article by Beth Leipholtz – at the Huffington Post – to read the full article click here
For 14 years, I identified myself as a soccer player. I played year-round on multiple teams, dedicated endless hours to practices and games, and thought I loved the sport. But then I realized something: I just wasn’t that good — certainly not good enough to continue playing post-high school — and I played much too physically to continue at the collegiate level. After playing for 14 years, I made the decision to stop playing fairly quickly, and never second guessed it. However, I never imagined I would pick up a new, completely foreign sport upon entering college, or that that sport would change my life in ways I never would have imagined.

Playing rugby was a spur-of-the-moment decision, but has provided me with so much more in just three years than soccer could in 14 years — as a person, as an athlete, and as a teammate. These are just some of those lessons.

1. When you fall down, you always pick yourself back up — no matter how uncomfortable it may be.

This sounds cliché, but it is true in a literal and figurative sense from a rugby player’s perspective. There are many, many moments in games, after a particularly brutal tackle, when standing back up seems almost impossible. Head-spinning, body-throbbing, breath-knocked-out-of-you impossible. But you brush the discomfort aside and pull yourself to your feet, ready to begin the process again.

This is also true of life — some moments will seem impossible to recover from until you force yourself to push through them.
2. There are people you always have to love, no matter what happens.

Rugby has provided me with these people in the form of teammates. We don’t always see eye-to-eye, but the moment we step on the pitch, we set our differences aside and protect one another. I can confidently claim that any one of my teammates would have my back in any situation. We know we would not have necessarily been brought together if not for the sport, since rugby draws people from many walks of life. However, this may be what keeps that bond so tight. We are all very different personalities, but together form the dynamic of a team.
3.  You have to keep your priorities in order. Balance is key.

I learned this the hard way, after being introduced to the world of partying, rugby-style (And yes, there is a difference). Drinking and partying became a priority in my life and I dug myself quite the hole. I often wonder if I would still have had so many struggles with alcohol if I hadn’t jumped right into the drinking culture that can surround rugby. I’ve never blamed the sport or the people for my problems; I’ve merely wondered ‘what if?’ But in the end I would not change one step of my struggle because while rugby led me to drinking, it also led me out of it. My teammates have been some of the most supportive people in my life when it comes to my recovery, and the sport has provided a fantastic outlet (I mean come on, what better outlet than hitting people full-force?).
4. Opponents are not always enemies.

I enjoyed soccer, I enjoyed games and tournaments, but I lacked the passion that I have found in rugby. I’d been known to throw a verbal insult or two around during games, and probably despised the opposition more than necessary. I failed to realize they were just girls playing a sport, the same way we were. Rugby is different. There is no need to hurl verbal insults around, as the game itself is much more physical. But more than that, the rugby community as a whole is so welcoming, so undeniably loving. It is also small, meaning you often cross paths with the same people. One minute you can be beating the shit out of each other during a game, and the next you are chatting and making plans with the opposing team. Ruggers are like no other group of people I have ever encountered.
5. Stereotypes are often wrong, but occasionally right.

More often than not when I tell people I play rugby, they ask if I play with a bunch of overweight girls, or at least imply as such. This could not be further from the truth, as my team is pretty small. As with every stereotype, of course there are people who live up to them. But contrary to popular belief, these happen to be the exception rather than the rule — as with most stereotypes in life.

Rugby has taught me much more than I can possibly express in a blog post, possibly because I have yet to realize some of the lessons. As I approach my last year playing, the feels are setting in. I swear it was just yesterday I was showing up at my first practice, making my first tackle, one of the then-juniors exclaiming, “Oh, you’re gonna be just fine!” At that moment I knew I had found a place for myself. I had no idea what the future held, in the sport or personally, but I knew these girls would be by my side through it.