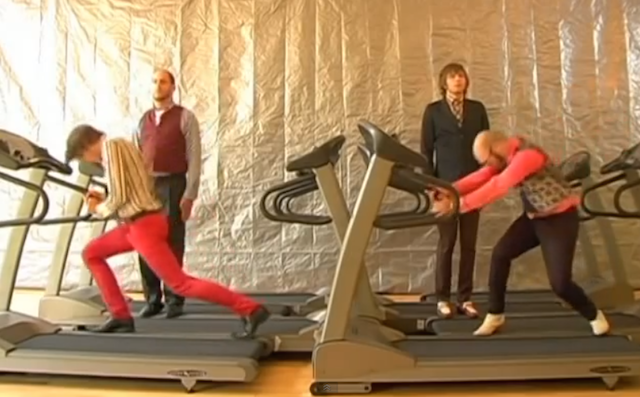 What’s The Most Popular From Of Exercise?

OK so it’s not an extremely elaborate, choreographed routine on the treadmill. We just like the video. It’s actually walking.

When it comes to working out, apparently most of us keep it old-school and simple. From the U.S. to Australia, 70% of people say their primary form of fitness is walking. Overall the second most-popular activity is running and the third is bicycle riding.

Fitness tracker maker Fitbit looked at data on workouts among people in the U.S., Australia, Canada and Britain to see what we do to stay in shape. It also looked at different age groups and men versus women.

For travelers, this could make it easier to fit in on the fitness front. For example, if you’re a baby boomer at least 55 years old, in Britain you’ll find more people in your age group bicycling rather than running.

Same thing in Australia, where millennials (18 to 35 years old) and Gen Xers (35 to 55 years old) rank strength training, swimming and circuit training after running and biking in their top five workouts.

In Canada, millennials put strength training, elliptical workouts and yoga in their top five activities. Women in the U.S. and Canada put yoga in the top five workouts, whereas women in Australia and Britain have swimming in their five favorites.

Women overall like classes such as Pilates, dance, kickboxing, boot camp and yoga while men prefer team sports such as hockey, golf, football and wrestling.