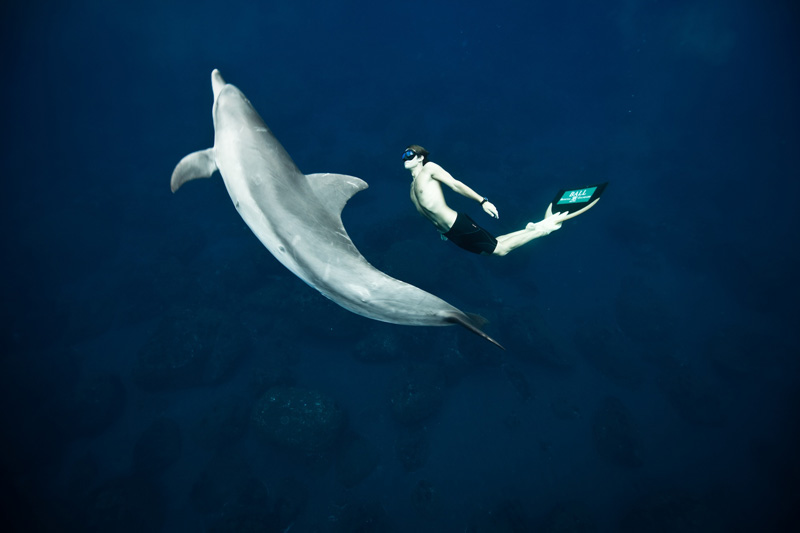 “Ocean Gravity is a short film that turns underwater codes upside down and plunges us this time into a weightless world. Just like in space, there is no more up or down, no more right side up or upside down. The ocean becomes the cosmos, man becomes a satellite, and the bottom of the sea turns into an unknown planet. Welcome in the unsettling universe of Ocean Gravity.”

“Ocean Gravity” is the second collaboration between free diver Guillaume Nery and filmmaker Julie Gautier. The short film was shot underwater at the Tiputa Pass in Rangiroa at the Tuamotu Archipelago in French Polynesia. Nery seems to float effortlessly through the water (like he’s floating in space) as he rides an underwater ocean current

“I decided to film without considering the elementary framing rules. I was no longer limited by the idea of top and bottom, like in space. In those conditions, I was able to create the natural illusion of a curved planet. The big challenge was to avoid filming the abundant sea life (sharks, dolphins and numerous fish) to maintain a spatial and non-marine atmosphere.”