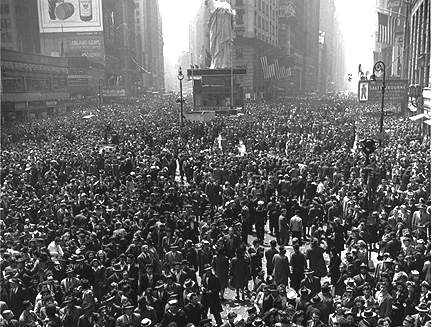 Today, a minute of silence is often observed as a gesture of respect or mourning for tragedies or historical events around the world

On VE Day the nation will fall silent at 3pm to mark the enormous sacrifice of those across Europe who gave their lives to protect their nation in the Second World War.

A tradition now ingrained into the British psyche, the two-minute silence is actually less than 100 years old, beginning by Royal request as a mark of remembrance for those who fought and died in the First World War.

In 1946, King George VI asked the nation to mark the first ever Armistice Day with a moment of silence and reflection.

In the Times, he requested:

“…for the brief space of two minutes, a complete suspension of all our normal activities. During that time… all work, all sound and all locomotion should cease, so that, in perfect silence, the thoughts of everyone may be concentrated on reverent remembrance of the Glorious Dead”

“The hush… is not solely an act of remembrance; it is also a moment of dedication, when those who still live undertake to be worthy of those who died, and an affirmation of unusual national unity.”

The initial suggestion for the Armistice Day silence came from Percy FitzPatrick, a South African author and politician, who was inspired by the daily silences observed in Cape Town during the Great War: one minute of thanksgiving for those who had returned safely and a second minute to remember the fallen.

Fitzpatrick was thanked by the King’s Private Secretary for the suggestion which had been “carried out with sympathy thoughout the Empire.”

Today, a minute of silence is often observed as a gesture of respect or mourning for tragedies or historical events around the world