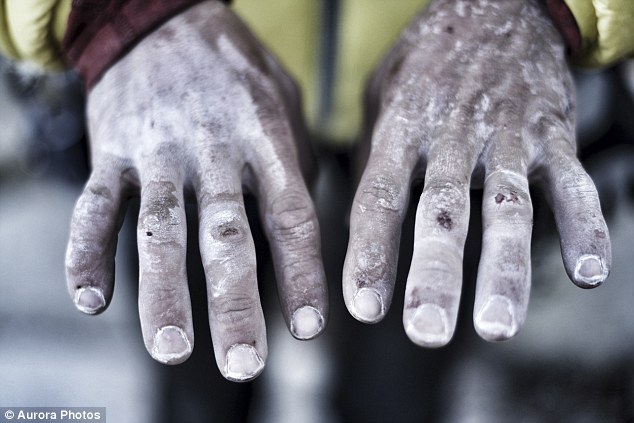 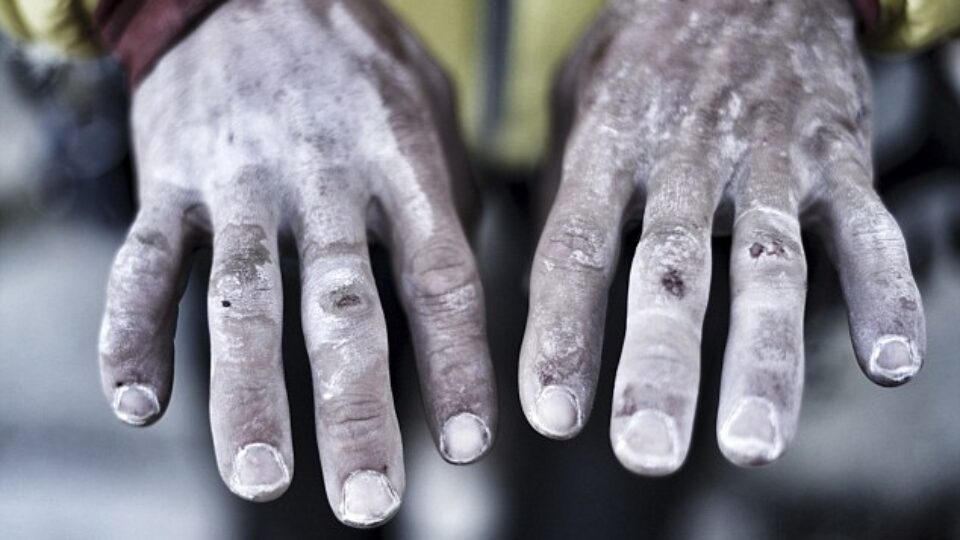 Two climbers in California’s Yosemite national park made history in January 2015, reaching the summit of what has been called the world’s hardest rock climb.

The pair made the 3,000ft ascent in what has been billed as the wall’s first free climb, using only natural rock holds for hands and feet. Rope was used only to arrest falls.

After weeks of herculean effort, Kevin Jorgeson, 30, and Tommy Caldwell, 36, scaled the half-mile section of exposed granite known as the Dawn Wall on El Capitan peak.

Upon clambering over the final ledge they paused, looked at each other and raised their arms in triumph.

People watching from the park and online via a live feed hailed the feat, completed just after 3.30pm local time, as thrilling and inspirational.

“In a time full of terrible events those dudes getting up the side of El Capitan is pretty bloody awesome!” said one typical tweet.

“It’s incredible that we all were just able to witness one of the greatest feats in climbing history,” marvelled another.

“This is not an effort to ‘conquer’. It’s about realizing a dream,” Jorgeson tweeted on Tuesday, as the summit loomed.

The weather on their final day was “perfect”, said Jess Clayton, a spokeswoman. The final “pitches” – climbing sections – were relatively easy compared to what came before, she said.

For nearly 18 days, the climbers have shared photographs, maps and details of their battles with skin-slicing ledges, slippery crannies and physical and mental fatigue to awestruck followers on social media and well-wishers in Yosemite, a short drive from San Francisco.

They ate, stretched and slept in hanging tents suspended from their stone eyrie, pausing at times to let fingertips heal. They set alarms to wake every four hours to apply beeswax cream to fingers.

“Some of the smallest and sharpest holds I have ever attempted to hold on to,” Caldwell posted on Facebook. “Is crazy to think that the skin on our fingertips could be the limiting fact towards success or failure.”

El Capitan was the world’s worst chapping environment, he said. “Windy, cold, super dry. I wake up twice a night and reapply lotion to my hands. We sand our fingertips to keep them smooth.” 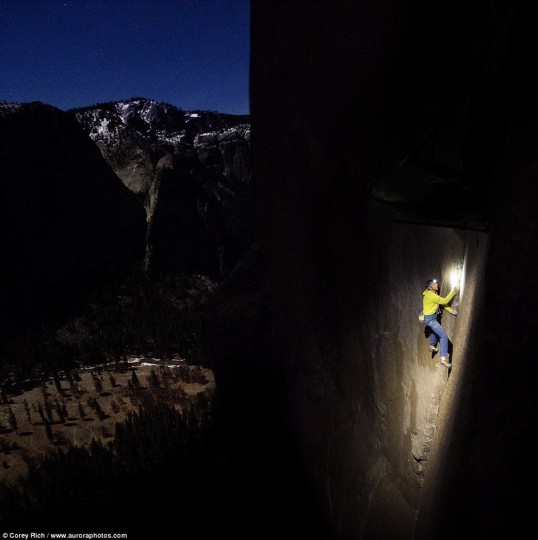 Wearing headlamps, they usually climbed after dusk so the rock would be cold to prevent their hands sweating – a big problem when trying to grab tiny granite ledges.

Last week, it seemed Jorgeson might not make it. He battled for seven days and fell 11 times trying to scale one section. When he finally succeeded he exulted on Facebook.

“It took everything in my power to stay positive and resolved that I would succeed.” Their beards have grown thick and their hair has become matted, the National Geographic noted. “And their physiques – already as lean and tough as strips of jerky – have grown gaunter and somehow wolfish.”

They are not the first to surmount El Capitan, the largest granite monolith in the world, which was first climbed in 1958. Warren Harding and Dean Caldwell, no relation to Tommy Caldwell, scaled the Dawn Wall’s vertical face with ropes over 27 days in 1970.

Jorgeson, from Santa Rosa, California, and Caldwell, from Colorado, were to do it on their own more arduous terms while simultaneously letting people around the world follow in real time. Caldwell, the more accomplished of the two, has done 12 free climbs on El Capitan. It was Jorgeson’s first. They trained for five years for the Dawn Wall attempt.

The pair have described surreal scenes of clouds swirling around them and a sense of “really feeling the Yosemite love”.

Caldwell said he was excited at the prospect of walking on flat ground but will “truly miss this experience”.

With countless people watching from Yosemite and online, the duo’s experiment in endurance and solitude was about to dissolve into jubilation and fame.