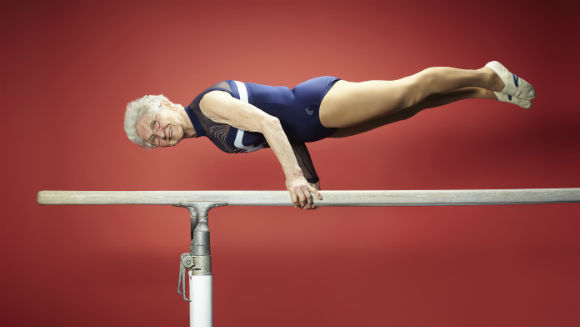 Johanna Quaas wowed the audience at the June 2017 International German Gymnastics Festival with an impressive parallel bar routine that would be inspiring at any age – but at 91-years-old, Johanna’s athletic skills are particularly impactful. According to the Washington Post, Johanna currently holds the Guinness World Record for being the oldest gymnast, a title she’s held since 2012.

She began the sport in 1934 – when she was just 9 years old. After having her family, she took some time off to focus on coaching, but began competing again for herself when she was 56.

On top of that? She’s also a championship handball player as well!

“I do gymnastics to avoid being susceptible to falls and that is a good preventive tool,” she said.

When she was first named the world’s oldest gymnast, her goal was to still be participating in the sport when she was 90. That milestone has come and gone, and Johanna has no intention of stopping any time soon.