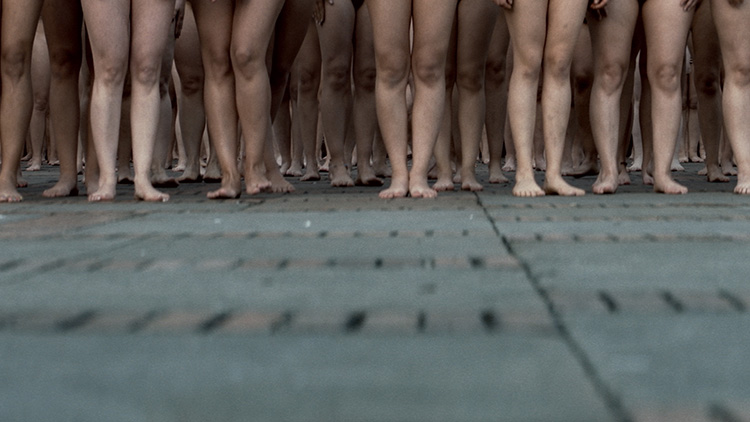 Positivity And The Human Spirit

An inspiring story of positivity and the human spirit…  Johnnie Walker The Journey, has always told stories of progress. It aims to inspire people by highlighting incredible real stories that have made a positive difference in the world. Bringing to life its mantra of #KeepWalking.

The Colombian civil war provides the dramatic backdrop for Diageo’s stirring film illustrating Johnnie Walker’s famous “Keep Walking” tag in a dramatic real-world scenario.
Created in partnership with Bogota’s Museum of Modern Art (MAMBO) and American Photographer/Artist Spencer Tunick, the film showcases 6,000 Colombians stripping down and walking hand-in-hand in an effort to work toward unity, despite undergoing the strife of a decades-long civil war.
The video opens with Wilson Barreto, a former Colombian policeman who recalls being blinded in Bogota at the age of 19 during a bomb attack by FARC (Revolutionary Armed Forces of Colombia). But we later see him laughing alongside his friend Luis, a former FARC combatant who turned out to be involved in the attack that had hurt Barreto. The film goes on to depict others from both sides of the war yet living in harmony, including civilian victim Pilar Navarrete, former army officer Pablo Emilio Moncayo, ex-right wing paramilitary activist Ederlidia Garizao and former FARC combatant Maria Esperanza Sierra.
Their stories set the stage for Mr. Tunick’s latest artistic endeavour and his largest in six years. Known for his photographs involving masses of unclothed individuals in various environments, he asked 6,000 Colombians to lay themselves bare to showcase their desire to move forward as a unified nation.
The film coincides with Colombian Independence Day, July 20.
“After half a century of conflict, the people of Colombia are driving their nation forward on the road to peace and freedom through their openness and unyielding hope for the future,” said MAMBO Director Claudia Hakim in a statement. “These stories, told through art and film, transcend matters of politics, belief or national affiliations. They are the stories of people who have endured so much, and are determined to embrace the possibilities of a shared future.”
“‘Keep Walking Colombia’ tells the stories of five Colombians who, despite their history of conflict, believe in a better tomorrow,” said Johnnie Walker Global Content Director Daniel Leahy in the statement. “Working with Spencer Tunick has allowed us to tell these inspiring, human stories which highlight the bravery, the positivity and the willingness of those affected by unimaginable tragedy and adversity to build a better tomorrow. And while this is a Colombian story, we believe the sentiment of optimism and positivity as a route towards progress is something that will resonate with people all over the world.”