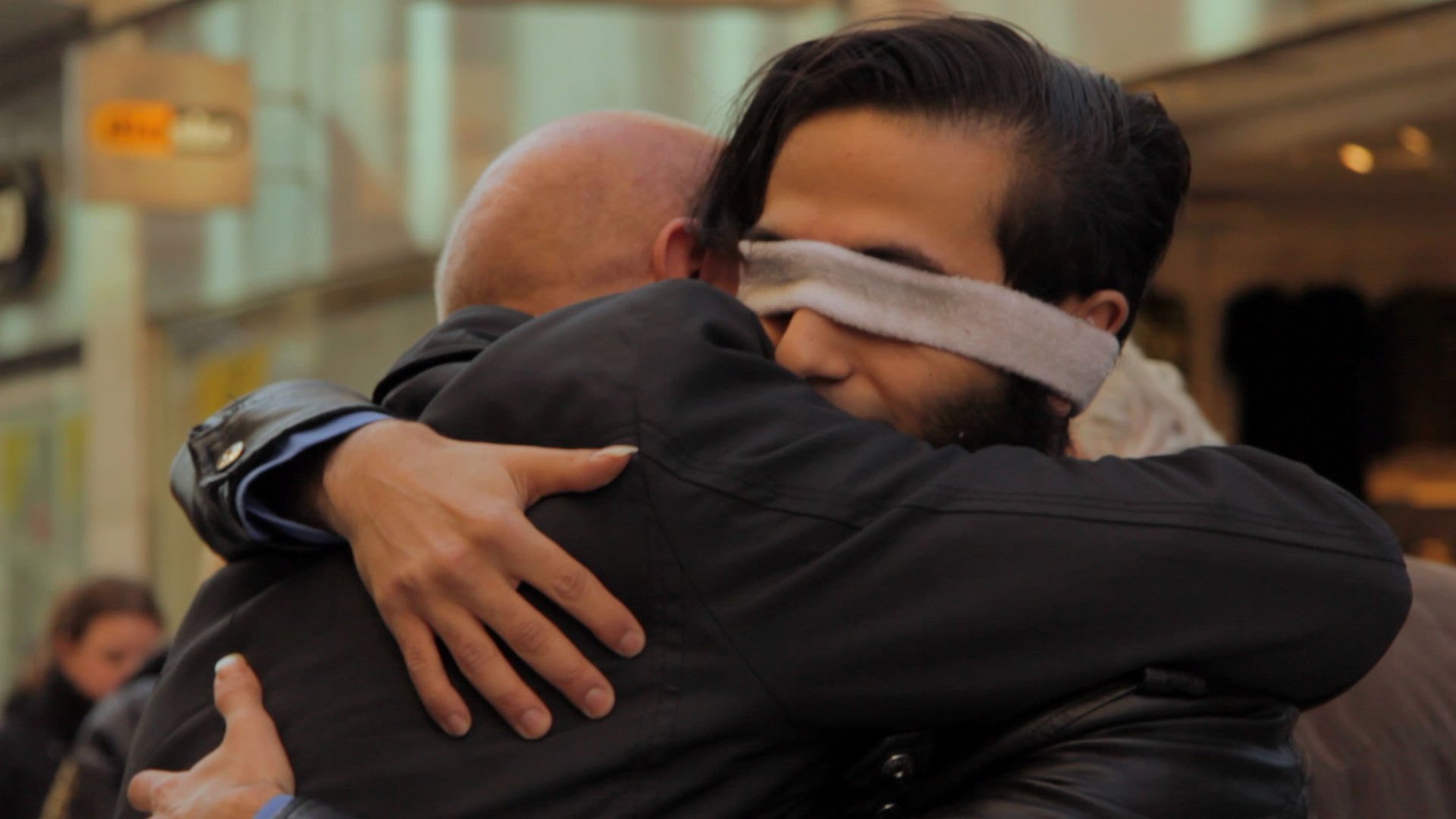 In March of this year, a blindfolded Muslim man stood on the streets of Stockholm as part of a social experiment, with his arms stretched out, and asked for people to trust him. See the inspirational reaction he received

“I am Muslim, not the same as a terrorist. Do you trust me? I trust you!” read a sign, placed in front of a bearded man standing in the streets of Stockholm.

The trust experiment (which was earlier conducted in Toronto and New York) was put to test this time by in Stockholm.

The uploaded video on YouTube (which has now received over 600,000 views) shows a man standing in the streets of Stockholm, with his arms spread outward.

At first, the guy, who was identified as Ashkan, did not attract much attention. Finally a woman, who was passing by, stops and looks at him for the fraction of a second before giving him a hug saying, “I trust you.” Then the magic starts and hugs start coming as people watch.

By the end of the experiment, Ashkan received 142 hugs

An inspiring example of the our basic values of  humanity!