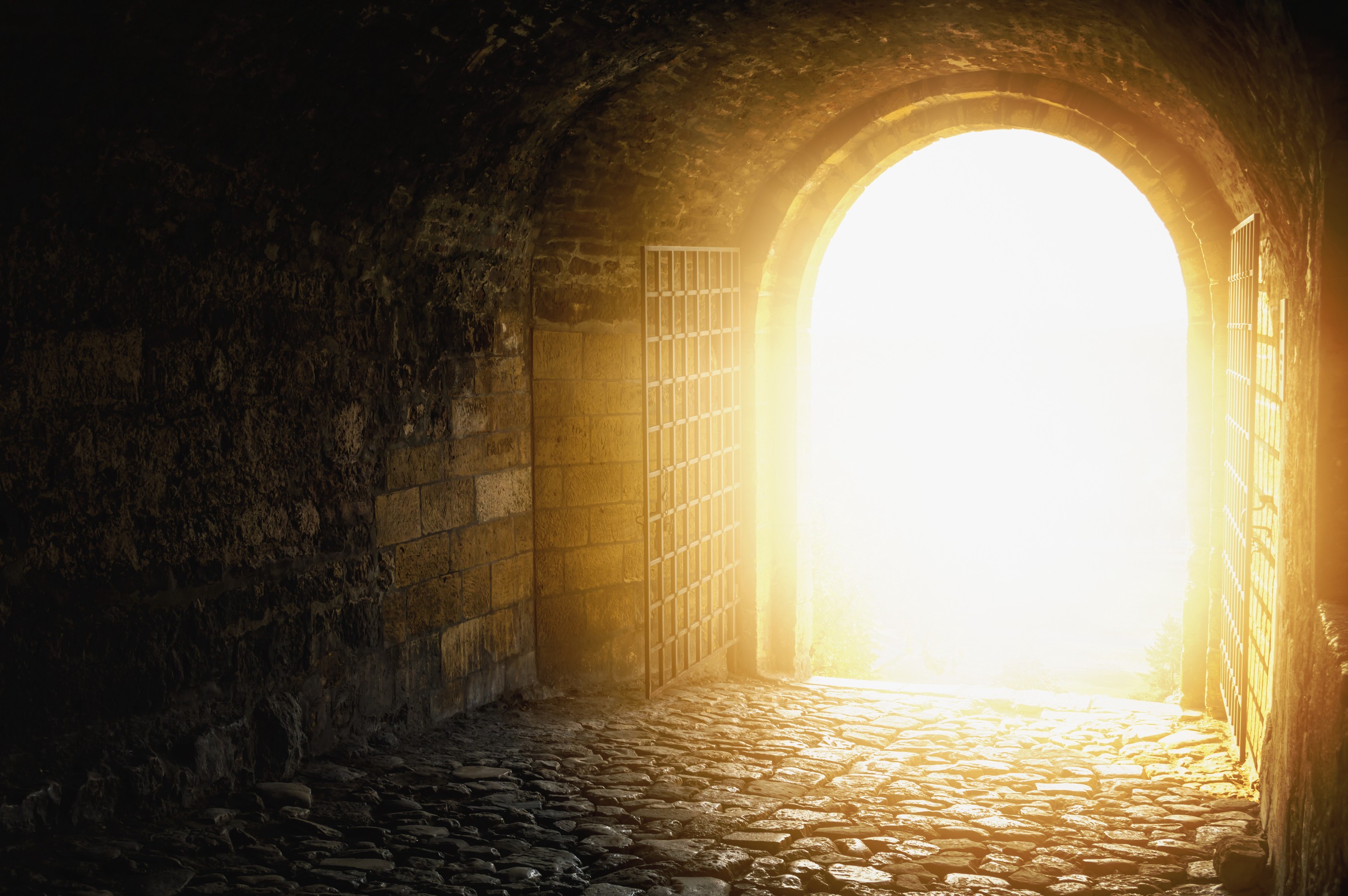 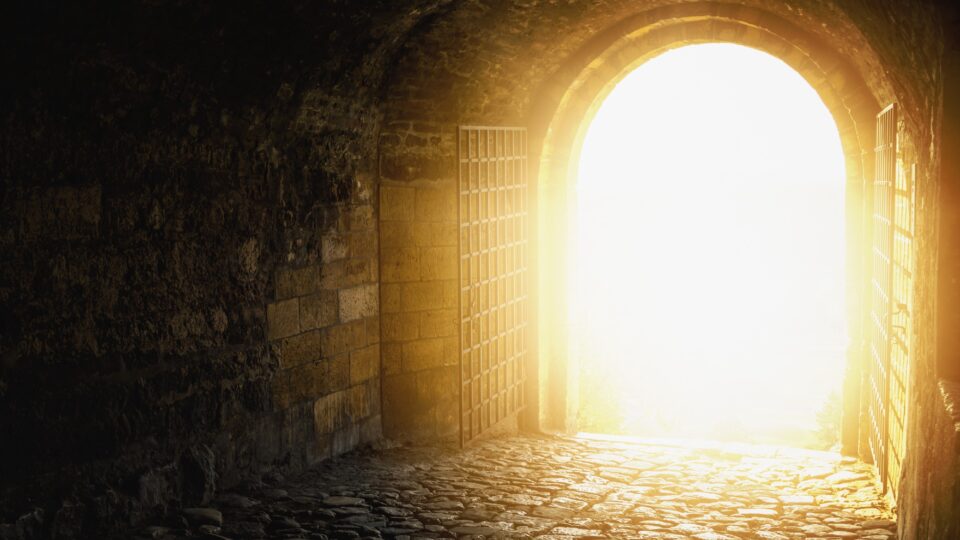 Top 10 Books About The Afterlife

In an accommodating but bland city, the deceased continue to exist, but only as long as someone still alive remembers them. Back on mid-21st-century Earth, things are going dangerously wrong: not least, the rampant spread of genetically modified viruses. If Earth’s population dwindles, what happens to the city of the remembered dead? An intriguing, melancholic portrait of an “in-between” place blossoms into a beautifully lyrical study of memory itself.

The felt-pen drawing by Susie Salmon’s kid brother inadvertently reveals her new celestial whereabouts: “A thick blue line separated the air and the ground… I became convinced that the line was a real place… where heaven’s horizon met Earth’s.” Susie, recently murdered, watches her family, friends and neighbours from this ethereal viewing platform, but with frustratingly inconsistent ability to influence anything. Sebold handles her novel’s central irony – that the power of Susie’s desire to live is what eventually enables her to enjoy her death – with delicacy and passion.

Never mind the movie: the novel is a riveting breakdown of the path from death to an esoteric afterworld. A family man perishes in a traffic smash and materialises in “Summerland”, an upbeat paradise built by the power of thought. But he soon travels to the appropriately grisly “lower realm” to rescue his wife, who in her grief has committed suicide. Matheson’s natural pace, honed through years of churning out horror and science fiction, rescues the narrative from both excessive gloom and new age mulch.

A 19th-century Georgetown cemetery becomes a horrifying mezzanine between life and death, where inhabitants suffer excruciating temptations and abnormalities. In an unlikely parallel with Patrick Swayze’s character from the 1990 romdram Ghost, the dead are kept in limbo by unfinished business, but discover a cunning way to affect the living and finally bring themselves peace. We mostly linger in this bizarre afterlife suburb, but there is a tantalising glimpse of downtown, as it were, where Saunders reverts to a more conventional heaven, decked out with diamonds, gold and (naturally) a massive feast.

Any kind of afterworld is possible in science fiction, but this novel is meticulously plausible. A “mind-state” – in essence, a soul – can be digitally copied and transmitted from a dying body into whichever virtual-reality-driven afterlife is deemed suitable. Banks is typically quick to locate the irony, pointing out that long-term afterlife residents often become “profoundly, gravely bored” and long for a “second, final death”. Meanwhile, “Hells” are largely illegal but still run on the sly; readers are treated to descriptions so depraved they make The Wasp Factory look like AA Milne.

There are countless reasons why this 5,000-line poem about hell has managed to survive seven centuries. Among the less obvious are its glimpses of humanity’s recurring traits. In the Eighth Circle, Dante sees a queue of “sinners” lining up to be butchered by a demon; their wounds heal as they circle back to rejoin the line, only to be sliced again. It’s difficult to imagine a crime that fits this eternal torture, but then – time and again – humans have been wounded, only to blindly retrace steps and queue up for more punishment.

So dated it almost feels deliberate, Hales’s rollicking Inferno pastiche concerns a promiscuous British Rail middle-manager who drowns on a cruise and is assigned to the Second Circle. Amid endless riffs on contemporaneous concerns – our hero attends Cleopatra’s party simply to see “if she’s as pretty as Elizabeth Taylor” – there lurks credible attention to literary and religious detail: Hales was a Catholic church historian. His hell is a humid wasteland of half-finished hotels and broken-down railways where inexhaustible cheap wine and pasta are grumpily served. One wonders how much of the book was based on Hales’s experience of package holidays.

A novel that pleads to be made into a macabre stop-motion animation, Dead Boys focuses on the physiological challenges of the underworld via the most observant of protagonists: a cosmetic surgeon, patching up the rotting corpses of those who can afford it. Squailia’s characterisations are refreshing: the foppish Leopold l’Eclair behaves and speaks like he’s been propping up the underworld’s bars since his execution in revolutionary France, absorbing the brightest colloquialisms he’s heard along the way like linguistic chlorophyll.

Writing about hell from a pop-cultural angle has one unique challenge: who goes to hell? Authors must preside over their own mini-judgment day. Butler swerves the problem by sending everyone there, be they Hitler, Nixon, Humphrey Bogart, the Clintons, Michael Jackson, Snoop Dogg or Céline Dion. The crime, evidently, is celebrity itself, although the hero – TV anchor Hatcher McCord – considers himself above the infernal quagmire: a detached observer, even an informant for Satan. This is hell at its most unashamedly satirical.

Hell is a drizzly, angry suburb where the punishment is eternal self-absorption. Periodically, residents take an angelic bus to the foothills of an unseen paradise, where they meet – with varying degrees of envy or indifference – divine spirits. Ensuing debates tend towards the “easier for a camel to pass through the eye of a needle than for a rich man to enter heaven” variety, but an early endorsement of mindfulness emerges: a painter longs to paint the countryside he sees, but a spirit berates him, “If you are interested in the country only for the sake of painting it, you’ll never learn to see the country.” Had it been written 11 years later, one could view The Great Divorce as a religious reply to that great secular lament to excessive earthly pride, Albert Camus’ The Fall.